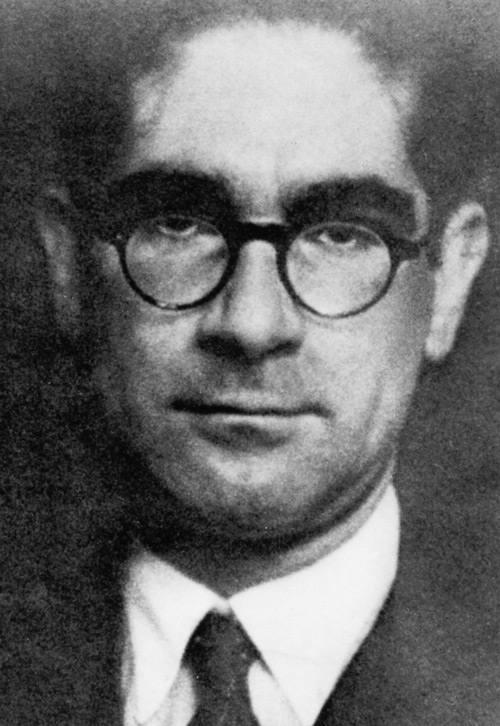 Leone Ginzburg grew up in Italy the son of a Russian Jewish family that, shortly after his birth in 1909, had fled the turbulent political situation in Odessa. Bilingual, multitalented and mature at an early age, on his eighteenth birthday he completed the translation of Tolstoyʼs Anna Karenin. At the same time, he read the bulky memoirs of his compatriot Alexander Herzen, My Past and Thoughts. Ginzburg decided to follow in the footsteps of a man that he saw as his spiritual father and to devote his life as an intellectual to the European spirit, its  values and cultural heritage. He stopped with his law degree, began studying scripture and, once his study was finished, began teaching Russian language and literature at the University of Turin. In addition, he wrote essays, established a publishing house with two friends, was closely involved with the publishing of its books, made plans to publish a historical series and became editor-in-chief of the magazine La Cultura.

Why? He had learned from the Greeks that the essential characteristic of culture is the cultivation of the human soul and he saw it as his intellectual duty to have the best of the European intellectual heritage — that spans many centuries and is cosmopolitan — made accessible in the most accurate publications so that people, thanks to the texts he published from the world of thought and literary imagination, should obtain insight and, possibly, a certain human wisdom of their own.

Culture, Ginzburg knew, is the collection of the many paths people can walk in their search for truth about themselves and human existence. Out of loyalty to this truth, he made the transferal of and contribution to European culture his lifeʼs mission.

Italy, the end of the nineteen-twenties in the twentieth century. As Leone Ginzburg began his lifeʼs mission, Mussolini and his fascists were in power. Slowly but surely the country was falling into the hands of a regime in which all wisdom had to make way for absolute obedience. From the life history of Alexander Herzen, Ginzburg learned that culture and freedom cannot exist without each other. Whoever destroys freedom, destroys culture.

The classic humanistic ideal to live in truth was dominated for centuries by the idea that this could best be realized through the vita solitaria; the withdrawn, lonely existence, away from the world of power and temptations of society. But Ginzburg agreed with Herzen that this life is nothing more than a lie when absolute values such as freedom and justice are endangered, and thereby the continued existence of civilization itself.

That is why, in addition to his cultural activities, he became intensively involved in politics and together with his best friends — including the famous Caffi, Nicola Chiaromonte and the brothers of his wife-to-be Natalia Levi — became active in the anti-fascist movement. Because fascism is a lie that denies the fundamental values of a European civilization.

For Leone Ginzburg and his political friends years followed in which they were subject to persecution, arrests, imprisonment and, in 1940, Ginzburg and his family were banished to a small village in the Abbruzzi region. Mussolini fell from power on July 25 1943. Ginzburg traveled to Rome to once again become politically active there. In September 1943 the Nazis occupied Italy. In November 1943 he was arrested again for his work on a clandestine newspaper for the resistance. The Italian fascists handed him over to the Germans. In the state prison in Rome he wrote a letter to Natalia, which was to become the last sign of his life. He wrote of his constant attempts to conquer his own fears and not become defeated by concern for his own fate, but to stay focused on what was happening to his fellowmen. He ended the

letter with the words ʻBe braveʼ. He meant Socratic bravery: the courage to be wise; to  differentiate good from evil; to be true to the search for truth. Be brave, just as he wanted to be brave.