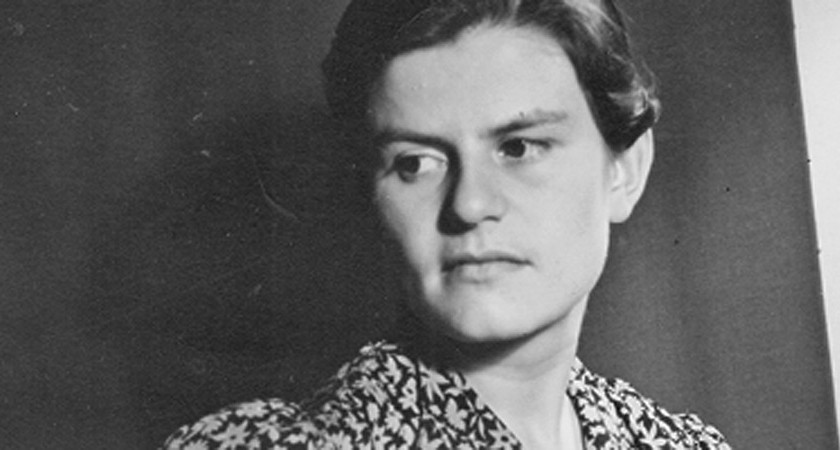 In 1945, the German novelist Thomas Mann gave the title “Adel des Geistes” – or “Nobility of Spirit” – to a book of essays in which he reflected on the crisis of humanity and the qualities vital to spiritual renewal. More than a halfcentury later, the Germanborn American composer Joseph Goodman borrowed the phrase for a cantata he began writing just after 9/11, a paean to freedom and democracy based loosely on Walt Whitman’s “Leaves of Grass.” As it happened, Mr. Goodman had come to America as a refugee from fascist Germany in 1938 on the same ship as Mann’s youngest daughter, Elisabeth Mann Borgese, and Mann himself.

Rob Riemen, a close student of Mann’s work, chanced to meet Mr. Goodman at a dinner with Mann’s daughter in New York in November 2001. When illness prevented Mr. Goodman from finishing his cantata – he died in January 2002 – Ms. Borgese urged Mr. Riemen to pursue its theme in prose form. Like its two predecessors of the same name, Mr. Riemen’s “Nobility of Spirit” is intended as a meditation on the forces that threaten civilization and, no less important, on the forces that are desperately needed to sustain it.

And let there be no mistake: In Mr. Rieman’s view, 9/11 revealed a fundamental challenge to civilization itself. “Western society is in a profound crisis,” he writes. Though he has no illusions about the evil designs of Islamist militants abroad, he is equally concerned about a threat that comes from within. He cites, scathingly, the response of Western writers like Norman Mailer and Dario Fo to the fall of the Twin Towers. The reaction of such prominent figures and of any number of like-minded intellectuals – blame the victim – was merely the latest example, as Mr. Riemen sees it, of the contemporary “treason of the clerks.” The French writer Julien Benda used that phrase in 1927 to describe the politicization of Western intellectuals, above all their willingness to abandon the disinterested search for truth. It was precisely such “treason” that so dismayed Thomas Mann and that eventually led him to reaffirm the essential nobility of the human spirit and to argue for its renewal.

Mr. Riemen shares Mann’s dismay and also his sense of urgency. “There can be no civilization without the realization that human beings have a double nature,” he writes. “They have a physical, earthly existence but are distinguished from other animals by also having a spiritual being and by knowing the world of ideas.” It is the role of thinkers and writers, he believes, to serve as guardians of our spiritual nature and as custodians of timeless values, cultivating “truth, goodness, and beauty” as well as “freedom and justice, love and charity.” Therein lies the essence of human dignity and human freedom – the source of the spirit’s nobility.

Mr. Riemen is of course not the first to make such claims. Some of the finest pages of his short book are devoted to a redramatization of the life and trial of Socrates, perhaps the most profound defender of honest, rational inquiry. Spinoza, Goethe and John Stuart Mill also figure prominently in “Nobility of Spirit.” Mr. Riemen does not cite Matthew Arnold, the 19th-century English critic, though he might have. Arnold’s defense of “culture” – the “best that has been thought and said in the world” – as a bulwark against “anarchy” shares many of his book’s themes.

The originality of Mr. Riemen’s argument resides less in its defense of universal values than in its analysis of the assault they have suffered for so long. If so many intellectuals today find it difficult to utter words like “truth,” “beauty,” “piety” or “goodness” without mockery or ironic derision, the cause may be traced, in large part, to the abuse of those terms by philosophers and social critics since the 19th century. Over time, various forms of relativism and nihilism took hold in elite circles, as Mr. Riemen shows, especially in the wake of Nietzsche’s savage attack on the West’s moral underpinnings. The would-be guardians of culture became its destroyers.

It is a depressing story – from the intellectual justifications of fascism and communist totalitarianism to the perverted idea that the mass murder of 9/11 was a “courageous” act of the “oppressed.” And yet Mr. Riemen’s tough-minded narrative is not without its heroes: He notes that thinkers such Raymond Aron and Arthur Koestler, Albert Camus and André Malraux, defended universal values in the face of ferocious opposition. Their likes, he implies, are badly needed today. What is required is more than a little courage and the reassertion of values that have endured despite repeated attempts to destroy them. Mr. Riemen pointedly cites the Italian writer Leone Ginzburg who, in a letter to his wife in 1944 – just before he was tortured to death by the Nazis – urged her to “be brave.”

By Darrin McMahon, professor of History at Dartmouth College.